Welcome to my little corner of the web.

I started this blog in 2009 to write about methods that can be used to prevent violence, mostly by educating people about how teaching violence starts young. Since then I have expanded it to include other subjects including ways wars based on lies contributes to violence both abroad and at home, democratic and media reform and many other subjects.

A large portion of what I write is almost never discussed in the traditional news media although those who are accustomed to reading non-fiction or reviewing alternative media outlets might be familiar with some of it. This is why we need major political and media reform in this country. A working democracy needs a press that discusses the most important issues and allows people from all views get their point across. It also requires that candidates that address many of the most important issues have an opportunity to be heard by the majority of the public so they can make well informed votes for the most qualified candidates to address their concerns.

We don't have that in the United States of America.

We have an enormous amount of propaganda from the traditional news media telling us that we do have this; however most people familiar with alternative news outlets and accustomed to reading good non-fiction might have some doubts about that.

Even some people that rely heavily on the traditional media and recognize all the hype might doubt the media is doing a good job.

The traditional media is now controlled by six large corporations that control at least 90% of the media nationwide and few if any other organizations have the ability to reach all the people across the country. A blogger like me might be able to make their material available to people across the country and world, but only a small fraction of people are likely to find it and people that recognize obvious problems with our system have no way of getting their views across the country.

As it stands the traditional media has the opportunity to provide an enormous amount of coverage for candidates they approve of years ahead of any given election guaranteeing that they are well known and presented positively, if not accurately; while real grass roots candidates that don't collect enormous amounts of campaign contributions from the corporations that virtually control our government can't get any name recognition unless it is at the local level.

So far a small percentage of those more sincere candidates have managed to overcome obstacles and get elected, mostly at the local level, where they have been able to implement some real reforms that most people in the country aren't aware of. Some candidates have even been able to run campaigns for president and other high offices including the congress; and while none have won the presidency one or two, including Bernie Sanders managed to get elected to the Senate or other offices. More importantly they also managed to show how to disclose what their plans are and debate real issues that the traditional media ignores.

These are some of the things that I have been writing about and many of is just as applicable now as when I wrote it, although some have been about current events. If it helps I have created a table of context for those who are interested in viewing some of the past blogs on any given subject. This is organized according to subject matter so it is easier to sort through than the ones in chronological order or even the author tags; it can be found at Contents of Blog 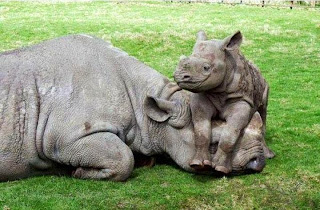 This blog was first started at Tripod and moved to Open Salon, which was part of the regular Salon web page that allowed anyone to create an account and start blogging. Now that they have closed down and everything was moved here before they took it down; however many of the old links to other blog posts of my own or other people from Open Salon will no longer work, at least until I find time to change them to pages that are still available. For now most of them are my own and they can be found in the contents page where all the links should work.