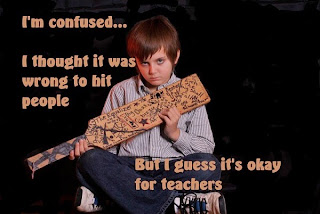 In Politics, not technology, caused botched executions In indicated that statistics among other research clearly shows that the death penalty doesn't work as a deterrent. FBI crime statistics for 2012 add to that evidence showing that if anything states without the death penalty have lower rates for violent crime and they also show that there is a correlation with high crime rates, the use of corporal punishment in schools, and high poverty rates.

Crime rates, including violent crime have been slowly but steadily decreasing since the early nineties; this includes the two years prior to 2012, but not 2012 which is virtually unchanged. It remains to be seen whether the crime drop is leveling off, beginning a reverse or just slowing down for one year. But there is plenty of research out there to better understand why crime has been dropping and how to continue policies that will continue it. Unfortunately the traditional media and political establishment might not be willing to acknowledge some of the best research and base their decisions on it or report it to the public. Past research along with new research and this review of crime, mostly in 2011-12 almost certainly indicates that the leading contributing causes of crime include poverty and escalating violence starting with child abuse and corporal punishment. This review may not be the best research; but it isn't hard to do a better job than our current politicians or media which spends and enormous amount of time presenting crap like Nancy Grace and Jane-Velez Mitchell.

The following chart is based on statistics from the FBI; presumably these have been peer reviewed however that doesn't guarantee that they're perfect. Murders are the only crimes that local communities are required to report; so other crimes are reported on a voluntary basis. The DPIC has also compiled a list of murder rates which goes back 17 years and it indicates similar results based on all three categories although they focus on the death penalty.

A summation of the correlation of corporal punishment in schools and poverty follows the chart.

Simply showing a correlation between various potential causes or perceived deterrents and high crime rates should not be considered hard evidence of causation; however it does imply a potential connection of some sort; and it might indicate where to look for additional evidence or support other research that has been done using different methods. I discussed some of this in my last post about Politics, not technology, caused botched executions which indicates why it doesn't appear as if the death penalty has a deterrent effect. I also went into more details about how early abuse, including corporal punishment either in the home or school leads to escalating violence in Does child abuse and bullying lead to more violence? and Child abuse and bullying link in study long over due. This review hasn't been peer reviewed but all the sources for information have been shown so that they can be verified. Additional information that has been peer reviewed comes to similar results including extensive research either done or reviewed by Murray Straus who specializes in this subject.

It is unlikely that corporal punishment in schools is the sole cause of higher violence; however in many cases parents in states that support its use in schools might also be inclined to use it more often in the home. Otherwise there might be more opposition to it in the schools making it more likely that they would abandon it use. There might also be many examples where there are high rates of use of corporal punishment, even in states that abandon it in schools but it is probably more difficult to gather that information. So far Delaware is the only state to virtually ban its use in the home but this is very recent and it is to soon to determine the results. The actual law doesn't say it is banned but some of the media reports have said that and the law does allow for prosecution if corporal punishment leads to injury. Without further evidence from states that have banned corporal punishment in schools it could help to look at Sweden which banned corporal punishment in 1979. According to Sweden and United States Compared by Crime their rates of violent crime is much lower than the United States. When it comes to the murder rates even the least violent of the US states usually has more murders per 100,000 people than Sweden. There was one year in the past seventeen where one of the states murder rates was lower than the statistics cited in the comparison of the two countries.

While the US continues to keep a record percentage of the population in prison compared to the rest of the world Sweden is closing its prisons; it is almost certainly worth a much closer look to determine why and if part of it is their ban on corporal punishment or other social policies. According to most reports including Wikipedia's Human Poverty Index Sweden does a much better job reducing poverty, the best in Europe and far better than the US. However according to the Guardian Even in Sweden, the social security system is failing people although not nearly as bad as in the US. Our media rarely if ever spends much time comparing our system to others; which is highly unfortunate since if they did them much more people would recognize the problems with ours and possible solutions.

Between 1979 and 2000 there were and additional ten countries that completely banned corporal punishment and they all have lower murder rates than the USA, most of them are less than half. An additional twenty-three banned it since then and most of them also have lower murder rates; those that don't are mostly countries that have many other political problems, even worse than the USA.

Ohio banned corporal punishment in schools in 2009 and New Mexico banned it in 2011; however the rates used are from the year 2005-6. A significant amount of research indicates that corporal punishment almost certainly contributes to escalating amounts of bullying and additional violence. But this doesn’t necessarily mean that banning it will result in immediate reductions in violence.

Corporal punishment was allowed, prior to 2008 in schools for 45% of the population; 48.5% of violent crimes were reported in these states during 2012. Based on the crimes that were reported 50.7% of murders, 49.8% or forcible rapes, 43% of robberies, 50.9% of aggravated assaults, 47.4% of property crimes, 56.2% of burglaries, 51.7% of larceny thefts, and 43.6% of motor vehicular thefts in states allowing corporal punishment in schools. The only two categories where the figures were below their representation of the population were robberies and motor vehicle theft.

Seven out of the ten states that used corporal punishment the most were in the top half of the population, implying that when it was used more often it correlated with higher crime rates than when it was used less often.

Recently an article was published about a Kansas lawmaker that wanted corporal punishment that leaves kids bruised, which shocked a lot of people; the bill didn't pass. What received much less attention is that some of the other states already allowed this and it continues, as allowed in Ingraham v. Wright, which injured the student so bad that physicians advised him to stay home for eleven days, based on the word of a teacher who said he didn't leave the stage fast enough. Many reports about Kansas imply that it is among the most extreme of the religious right; and in many ways they might be; but their policy of using corporal punishment is actually less radical than most of those that use it, to some degree. If you adjust the crime rates according to population it is actually in the lower half, since the top eighteen include some of the most populous, covering half the population. Wyoming, which actually uses it the least, if they use it at all of those that allow it, is the one with the lowest crime rates including the four that abolished it most recently.

There are of course other contributing factors that almost certainly lead to higher crime rates and one of them appears to be large cities. Only three of the ten states with the lowest violent crime rates had any cities with over 250,000 people and only one of the ten states with the highest rates of violent crime didn’t have any according to Wikipedia (Crime rate for cities above 250,000 population). 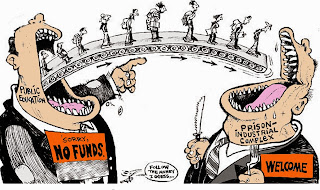 A close look at some of the inner cities that have the highest crime rates also have some of the lowest funds for their schools; yet those that argue against more funds for either schools or for social workers to educate low income parents about how child abuse and corporal punishment leads to escalating violence, also argue for much more spending on prisons security and police that almost certainly wouldn't be necisary if they funded prevention programs instead and they would almost certainly save much more in the long run, although in the short run they might wind up spending on both schools and prison.

Regrettably the best research on the causes of crime gets very little attention by the commercial media and it is rarely a leading factor when making many of the major decisions that could potentially reduce crime significantly more. There has been a significant amount of progress over the past few decades; and the commercial media hasn't always done such a bad job covering it but now the majority of the progress that is still going on is the result of grass roots efforts to educate the public and push for reform despite the lack of attention it receives from the politicians although occasionally when grass roots efforts succeed in convincing politicians to act credit is often given to politicians for implementing changes without much mentioning the grass roots efforts, like when Beau Biden, son of Joe Biden and Attorney General of Delaware, who was cited as the leading proponent of the law virtually banning corporal punishment.

The media coverage didn't put much if any emphasis on the grass roots efforts that encouraged Biden or any other politician that passes laws banning corporal punishment in schools when they cover it. Giving most of the credit to a politician seems to be standard operating procedure whenever grass roots efforts convince lawmakers to pass laws with popular support. 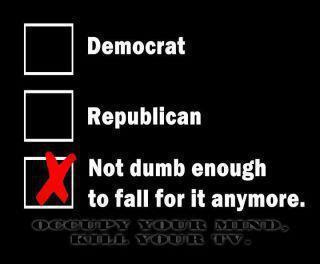 Posted by Zacherydtaylor at 8:00 AM No comments: